You are here: Home1 / Pool Side Blog2 / Conroe Pool Company

Recent Reviews on Your Pool Builder

Your Pool Builder of Texas provides swimming pool contractors with the opportunity to partake in our swimming pool contractors online marketing program so they have name rights to our brand but are independently owned managed and operated locations in: construction and remodeling consulting services throughout Texas including Huntsville, Montgomery, Magnolia, Conroe, The Woodlands, Spring, and Houston TX.

Located north of Harris County Texas on HWY I-75 N & FM 830 Willis High School provides a great environment for grades 9 – 12 to advance in learning and life skills, including a noteworthy athletics department. Willis ISD is known for top athletic placement and scholarships.

Your Pool Builder Conroe proudly sponsors the Willis TX Highschool Athletics Teams, and wish them all a great 2018 & 2019 season! 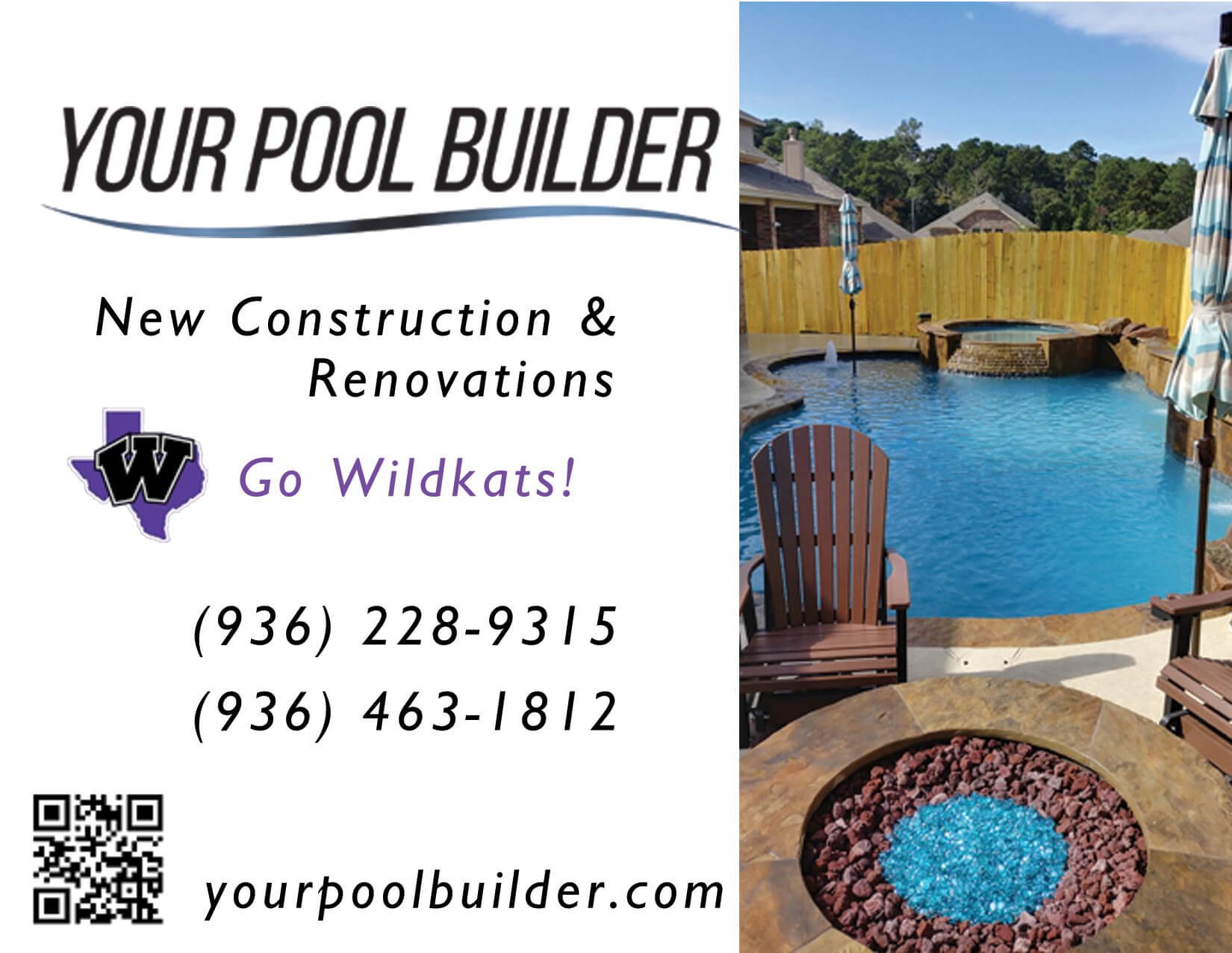 Are you looking for a > Pool Builder Near Willis, TX?

Where there was once a Boy scout Camping ground, there is now an Urban Development in Montgomery County. Some of us have great memories from attending a few weeks at the old Camp Strake Boy Scouts of America Camp that was located just off I-45 South Feeder and Loop 336 in Conroe TX, which has since (in the last year) been developed over to facilitate a brand-new subdivision of Single Family Custom and Tract Homes. Named, “Grand Central Park” this Master Planned Community will feature a community-like atmosphere with a little Southern Charm, and not to mention s great line-up of Custom Home Builders.

Welcome to the Best of Both Worlds.

Whether you thrive on the bustle of urbanized energy or long for the serenity of forested beauty, Grand Central Park is calling to you. This incredible new 2,046-acre mixed-use development perfectly blends nature with urban, serenity with excitement and work with play. Learn more about Grand Central Park’s location in the city of Conroe and the surrounding area or click here to view the West Village map. It seems that this new development will be much like the more recent completed neighborhoods in The Woodlands, like Creek Side, and Auburn Lakes. Where access and convenience may be higher on the list of amenities planned for this Conroe Community. It is now December 2016, and with little development left to complete the tracts seem ready for the full force of the Grand Central Park Custom Home Builders to get working. January 2017 should see some very busy construction activity along the I-45 S Feeder and Loop 336 W Near the Conroe Regional Medical Center. Several new median changes are reported for the South Loop 336 W entrance to Grand Central Park and minor construction detours may be expected.

All you need. All right here.

Central to Grand Central Park’s appeal is the nearly unlimited opportunities it offers to do the things you love most. From hiking miles of pristine trails and exploring natural splendor to diving into exquisite cuisine or shopping for the latest fashions, you’re never far from whatever you’re looking for.

Conroe Independent School District (CISD) is a school district based in the Deane L. Sadler Administration/Technology Center in Conroe, Texas.[1] CISD serves the cities of Conroe, Oak Ridge North, and Shenandoah, and the towns of Cut and Shoot and Woodloch. It also serves unincorporated communities in Montgomery County, including almost all of The Woodlands(extreme south and west parts of The Woodlands are located in the Tomball ISD and Magnolia ISD respectively), the settlement of Tamina, the community of River Plantation, and a portion of the Porter Heights CDP. As of August 2009, the district has 48,700 students in 60 campuses (29 elementary schools, 9 intermediate schools, 7 junior high schools, 6 high schools, and two academies). The CISD area, which covers 348 square miles (900 km2), is part of the Lone Star College System (formerly the North Harris Montgomery Community College District). The ethnic breakdown of the school district is 63% White, 26.1% Hispanic, 6.7% African American, 3.8% Other. The completion rate is 98.2%. In total, the school district employs over 5,900 employees. (3,320 professional teaching staff, 2,080 paraprofessional and auxiliary staff, 579 administrators). The average enrollment growth is 1,570 per year. In 2005, CISD enrolled displaced Louisianans from the areas affected by Hurricane Katrina who were residing in the Conroe ISD boundaries. CISD has its own police department of over 40 Officers. As of 2007, CISD PD is run by Chief William Harness. In 2011, the school district was rated “recognized” by the Texas Education Agency.[2]

Wilkinson Elementary | Grand Central Park in Conroe is expected to be, well, Grand! There will be many new families and even new business moving into our area. We see opportunity in the expanding growth that Conroe has seen in the past decade. As a Conroe Web Design Company, we are proud to help influence positive outreach with our community involvement, and help families and businesses alike. If you are considering moving into Grand Central Park we are sure that you are getting a quality custom home and a safe and adventurous neighborhood to explore with your family, all while being close to Conroe business area. Map Image

In the News: The Courier of Montgomery County HAR Listings   Featured Listing Agent   We hope that those looking to relocate to the Conroe TX area will find their home here in this great community, and we are hoping to see all of the new custom pool builders create some luxury outdoor living spaces for Grand Central Park home owners. We have been specializing in custom swimming pool construction in the Montgomery County area for over 20 years! We are happy to be the Number 1 choice Pool Contractors of the top Conroe Home Builders. We are your pool builders near Grand Central Park Conroe, TX 77304– Excerpts from “http://www.grandcentralparktx.com/master-plan”